The non-profit SpaceBuzz educational foundation is inspired by the ‘Overview Effect’, that - until recently - only astronauts in space were able to experience. We want every child in the world to follow in the footsteps of astronauts and experience this for themselves.

Harnessing the power of technology, we have created a VR-based education & outreach program that puts children in the footsteps of astronauts. We inspire and teach children through our experiential learning program about Space, planet Earth and Technology (STEM). Just as with astronauts, 21st century skills like communication, problem solving, cooperation and creativity are important elements within the program. The education program includes a real-life space mission in the SpaceBuzz rocket.

In order to validate and optimize our educational program, SpaceBuzz collaborates with leading scientists to kickstart an international scientific research program on the effectiveness of VR-enabled learning. The first results and reactions of children and teachers confirm our conviction that immersive technologies trigger deeper levels of engagement and inspiration, which in turns leads to effective learning.

Help us to inspire more children all over the world

To roll out our program worldwide we need your help. Therefore we kindly ask you to support us by donating (one-time or on a regular base), which helps us creating a future generation of ambassadors of Planet Earth. 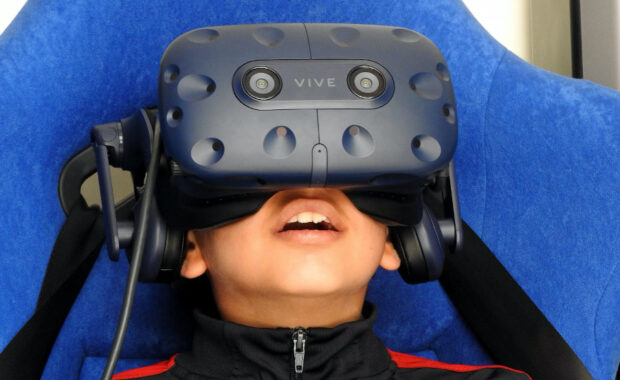 SpaceBuzz is an XR-education program with the mission to inspire 100 million children globally with the perspective of astronauts: looking down to Earth from space. By making them aware of the beauty and vulnerability of our planet, SpaceBuzz inspires them to become ambassadors of planet Earth. SpaceBuzz uses the narrative and experiential power of the latest immersive technologies. As part of the education program, a 15-meter SpaceBuzz rocket vehicle will visit the school of participating children. On board, they will travel to space in VR, ‘experiencing Planet Earth’ through the eyes of an astronaut. Astronaut André Kuipers, co-founder and ambassador of SpaceBuzz, responded enthusiastically to winning four Lovie Awards. “This is a wonderful compliment for our unique team of astronauts, educators, scientists and XR-experts who have joined forces.”

SpaceBuzz is currently rolling out internationally, starting in France, Italy and Hungary. “We are proud of this international recognition for SpaceBuzz,” says Janine Geijsen, the SpaceBuzz director. “Immersive technology is ideally suited to give children a chance to learn through their very own ‘experiences’. It is great that our approach is seen and recognized internationally”.

Note to the editors
SpaceBuzz is an educational non-profit start-up and has a global mission. Its ‘experiential learning’ program enables children to feel as if they are following in the footsteps of astronauts. The program is centered on teaching children about space, technology (STEAM) and planet Earth, using both VR, AR and 4D technology (XR technology). SpaceBuzz was developed in the Netherlands but is scalable and adaptable for global expansion. In 2021, it will be introduced in France, Italy, and Hungary. SpaceBuzz has won several international prizes, including two Global Webby Awards. There is a waiting list for schools in the Netherlands until the end of 2021. In collaboration with Prof. Dr. Max Louwerse of Tilburg University (Dept. Artificial Intelligence and Cognitive Psychology) a scientific research program has been set up to investigate the impact of our educational XR approach on learning and mindset of participating pupils. SpaceBuzz also collaborates with MediaMonks, National Geographic and WNF. For more information go to: www.spacebuzz.earth

If you would like further details about the SpaceBuzz program, please contact Janine Geijsen: tel. +31 654605733 or by email pr@spacebuzz.earth 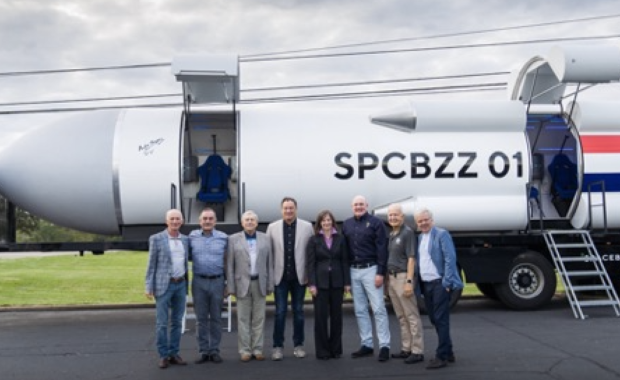 From 14-18 October 2019, SpaceBuzz was presented to over 125 astronauts and cosmonauts from across the world at the annual meeting of the Association of Space Explorers in Houston. The overwhelmingly positive response SpaceBuzz received from astronauts was humbling and further strengthens our mission to bring this experience to millions of children worldwide. The immersive VR experience was perceived as very realistic by the astronauts. In the words of British astronaut Helen Sherman: “This Spacebuzz experience actually made me feel quite like I was back in space”. The value of experiencing the Overview Effect – a cognitive shift in awareness often experienced by astronauts while viewing the Earth in the immeasurable vastness of space – was widely recognized by the astronauts.  “When I was in space, being able to look down at the earth and realize that I’m looking down at 7 billion people. Our job is to take care of each other and take care of our environment at the same time” said American astronaut Guy Gardener. It was even indicated by some astronauts that we should move beyond school children. “I think we should take it to the UN and make all the world leaders do the same” commented  Iranian-American astronaut Anousheh Ansari. 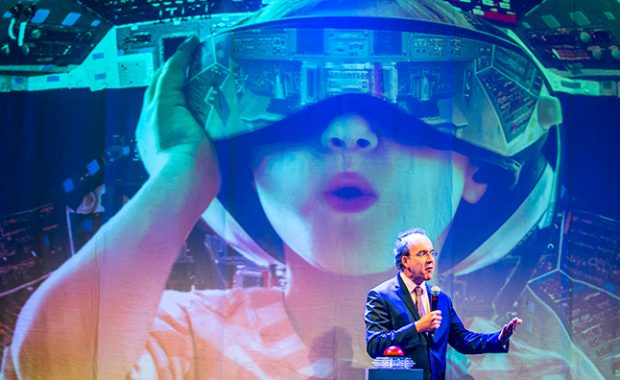 Virtual Reality allows us to develop new and effective ways of teaching children about Space, Earth and Technology (STEM). In order to validate and optimize our educational program, SpaceBuzz collaborates with leading scientists, i.e Prof. Dr. Max Louwerse Tilburg University, and kickstarted an international scientific research program on the effectiveness of VR-enabled learning and the role that virtual humans can play in personalizing learning.

Our success has not been possible without our partners including Adessium, Deloitte, Dutch Space Office, MediaMonks, National Geographic, NEMO Science Children’s Museum in Amsterdam and WWF.

Sign up for our newsletter where you get the latest updates on SpaceBuzz and many more interesting articles, studies and announcements of where we’re going next.